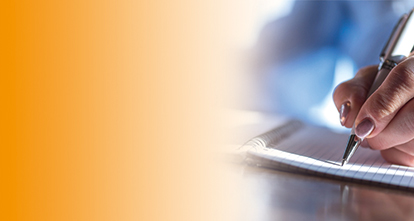 Joanna, one of our Clinical Directors, is embarking on a London to Paris Cycle Ride to raise money for an all-terrain off-road wheelchair for one of our clients, Stephen Murray, in Spring 2021.

The London to Paris race is a 315-mile trip over 4 days, an event organised through Global Adventure Challenge, that will take place next June. Joanna is aiming to raise £2000 towards a Boma all-terrain off-road wheelchair that will enable Stephen to ride once again alongside his two sons.

Left: Stephen with two of his carers, Ben and Sandra. Right: Joanna Baker.

Joanna outlines Stephen’s story and talks about her motivation behind her mammoth London to Paris cycle ride:

“Over a year ago I was blessed to meet a young, inspirational guy called Stephen Murray. From setting up his care package and working closely alongside him I have had the privilege of learning who he is in depth.

Before Stephen entered the care world his whole life revolved around BMXing. Tragically, 14 years ago, it was suddenly taken away from him due to Stephen sustaining C3/C4 spinal injury whilst doing a double back flip at the Baltimore Dew Tour.

For Stephen, getting back on a bike is more than a dream. To raise enough money for the off-road wheelchair would give Stephen the opportunity to experience riding again and to reconnect with this part of his life. Furthermore, to ride with his two young sons would mean everything to him.

I can’t even begin to express what it would mean if I was able to raise enough money to give him the escape and freedom from reality and the opportunity to ride alongside his sons again. The Boma wheelchair with full head control would make this happen!”

If you would like to support Joanna to fundraise for this fantastic and heart-warming cause, please visit her Just Giving page to sponsor her London to Paris ride. Any support would be very much appreciated.

Joanna is no stranger to cycling or fundraising and will be riding alongside her teammates from her cycling group Team Raggamuffin.

Members of Team Raggamuffin in Paris

Inspired from your read-list, here are some other article suggestions for you

By continuing to browse the site you are agreeing to our use of cookies.